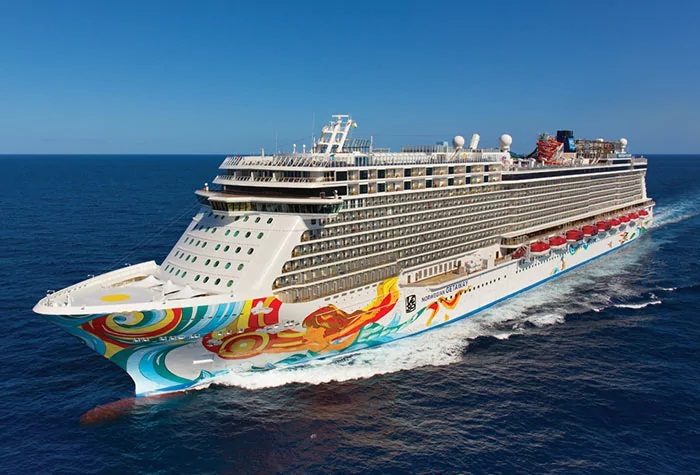 Granada is the perfect location to experience the Moorish history of Spain. Stop by the Alhambra, a sprawling palace complex that was originally built in the 9th century. Afterward, visit the Albayzín neighborhood that marks the original site of the settlement that later became the city. In Funchal, the full majesty of the Madeira Islands will be on display. Ride the cable car for full panoramic views of the city below, but make sure to stop by the famous Madeira Botanical Gardens. Then paradise awaits at the Royal Naval Dockyard in Bermuda. Park yourself on the pristine beaches or brush up on the local history at the Bermuda Maritime Museum. Make sure to stop by the crafts market before indulging in the local cuisine at one of the many restaurants.

The airport for Puerto La Cruz in northeast on the Caribbean. Isla de Margarita is off the coast.

Cartagena, (kär´te-jê´ne) city (1985 pop. 563,949), capital of Bolívar dept., NW Colombia, a port on the Bay of Cartagena, in the Caribbean Sea. Oil-refining and the manufacture of leather, textile, and tobacco goods are major industries, and there is an expanding petrochemical complex. Founded in 1533, Cartagena became the treasure city of the Spanish Main, where precious New World minerals awaited transshipment to Spain. It was often sacked despite its massive fortifications, some of which still stand. It declared its independence from Spain in 1811 and was incorporated into Colombia in 1821. Its rapid development in the 20th cent. was due largely to the discovery of oil in the Magdalena basin. One of the most picturesque of Latin American cities, with shady plazas and cobblestone streets, Cartagena attracts many tourists.

Resting along Andalusia’s bright Costa del Sol is the picturesque port of Malaga, birthplace of Pablo Picasso. At the Malaga Cathedral see the natural wood carvings of artist Pedro de Mena and visit the Gibralfaro Castle. Then continue on to the ancient city of Granada, high into the Sierra Nevada mountains. Here lies the spectacular Alhambra, the grand
fortress of the last Moorish rulers of Spain and one of the largest structures in the world. Inside is Isabella’s priceless collection of European paintings. The Granada Cathedral is the site where King Ferdinand and Queen Isabella are buried along with their daughter.

The nation’s largest city, New York is a major U.S. port, the country’s trade center and with its banks and stock exchanges, the financial center of the world.

Theaters, nightclubs, shops, and restaurants draw millions of visitors. With all the sights to see, New York is sure to be a fun filled getaway!

The vacation spot for lovers and friends since the time of Frederic Chopin and George Sand, Majorca’s island lifestyle will charm you. Shop in the open-air markets, explore the imposing gothic cathedral, and chill out in the harborside cafes and bars. Or head for the hills and the pearl-making center of Manacor-and some gorgeous scenery along the coast.

Alcúdia is the main tourist destination in the north of Majorca, popular with families, and offers one of the area’s best markets.

Fares shown are in U.S. dollars unless otherwise noted, and are per person, based on double occupancy. Government taxes, fees, and fuel supplement (where applicable) are additional. NCL reserves the right to charge a fuel supplement without prior notice should the closing price of West Texas Intermediate Fuel increase above $65 per barrel on the NYMEX (New York Mercantile Exchange Index). In the event a fuel supplement is charged, NCL will have sole discretion to apply the supplementary charge to both existing and new bookings, regardless of whether such bookings have been paid in full. Such supplementary charges are not included in the cruise fare. The fuel supplement charge will not exceed $10.00 per passenger per day. Prices are based on availability and subject to change.

Click on the buttons below to request a quote on this deal or contact us directly with further questions or comments.

Request A Quote Send To A Friend Have A Question? Contact Us

Send To A Friend